Developers know very well that manually controlling and managing software deployment cycles are a pain. They’re tedious, don’t require any thought, and worst of all for us — boring. We love coming up with new solutions, drawing out ideas, and coding it out — not menial tasks. However, when we do develop novel solutions, we need to deploy them with a well thought out and engineered plan so they can benefit their users most effectively.

I talked a little about DevOps cycles in my last article and how we use Cycle to manage our cloud infrastructure (servers), containers, and deployments. In this article, I will show you how we automate testing, release control, and deployments using Continuous Integration — Continuous Delivery (CI/CD) pipelines, and how you can set it up.

Within our development and deployment process, we have three “environments” — testing/active development, staging, and production.

We host all of our projects on private repositories using Bitbucket — which is similar to Github and Gitlab. We love Bitbucket’s functionality, interface, and most importantly the support team. Bitbucket supports native pipelines which can be configured using YAML files within individual repositories.

Bitbucket pipelines can be used to define various steps to run when branches are pushed to, or when manually triggered. They have extensive documentation on how to use this feature, along with plenty of examples including deployments to AWS, GCP, Heroku, Azure, and more!

We use the master branch for active development and testing. We strongly believe in small teams (4 or fewer members per project) due to the autonomy and freedom the developers get, along with the efficiency of minimal management overhead. And for that, we use a feature branching Git workflow to handle component development, feature requests, and issue resolution. Individual branches are merged into master when local and isolated testing in done on the separate features. Our master pipeline calls a test command built within the project to run a series of tests on each component, and combination of components in the project. This can be a command for pytest (if you use that with Python), npm test (if this is a NodeJS npm project) or any other script you write yourself. If it passes the test, you can have it automatically merge the changes into the staging branch, by triggering another pipeline from the pipeline!

We setup the staging branch pipeline to deploy to a staging server cluster/environment on Cycle. With Cycle, you can keep a single server but have separate isolated environments. That’s what we do for smaller projects. 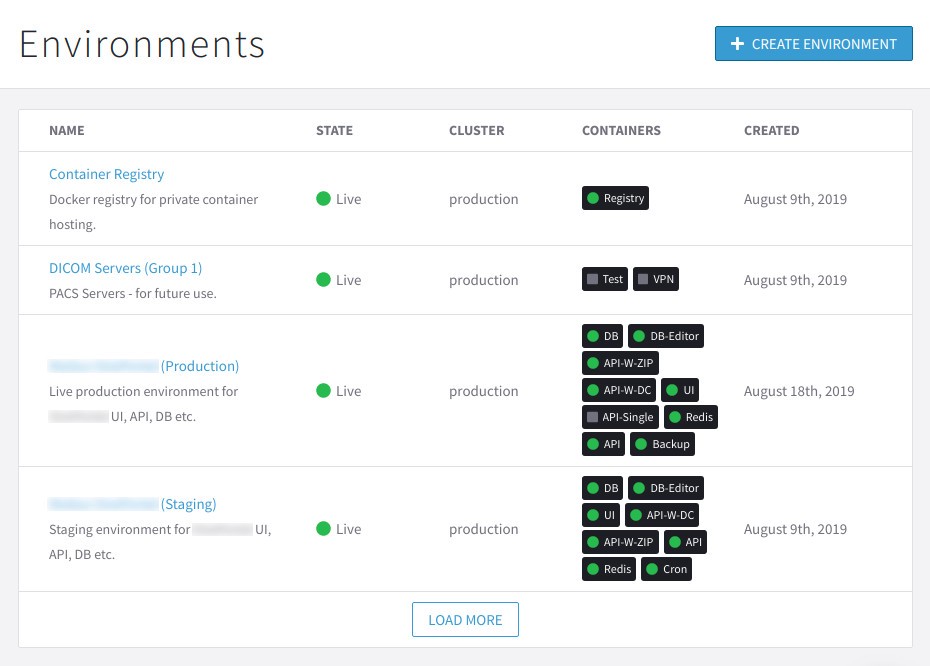 Before we automate anything, we need to understand the manual procedure.

In order to deploy a build to a staging environment, you first need to build it and push it to a registry. You could either use private registries (we do that for security and protection), or services like Docker Hub. The following commands can be used to build, tag, and push an image to a registry (for the stax-ui container):

Variables (eg. $DOCKER_REGISTRY_USER) need to be set in the deployment settings within the Bitbucket repository settings menu. These commands simply build and push an image to the registry. This doesn’t affect which environment it goes to.

If you haven’t used Cycle to deploy your containers yet, take a look at their documentation — it’s very comprehensive and includes examples. They also have a page in their docs on re-imaging containers.

To import the image into Cycle manually, you would go into the Images page and run through the Import Image form (Import Image button on the top-right corner). 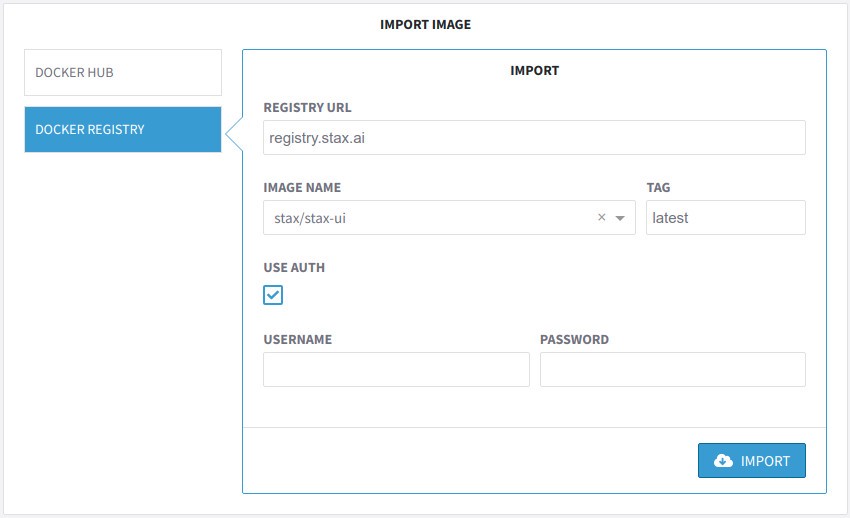 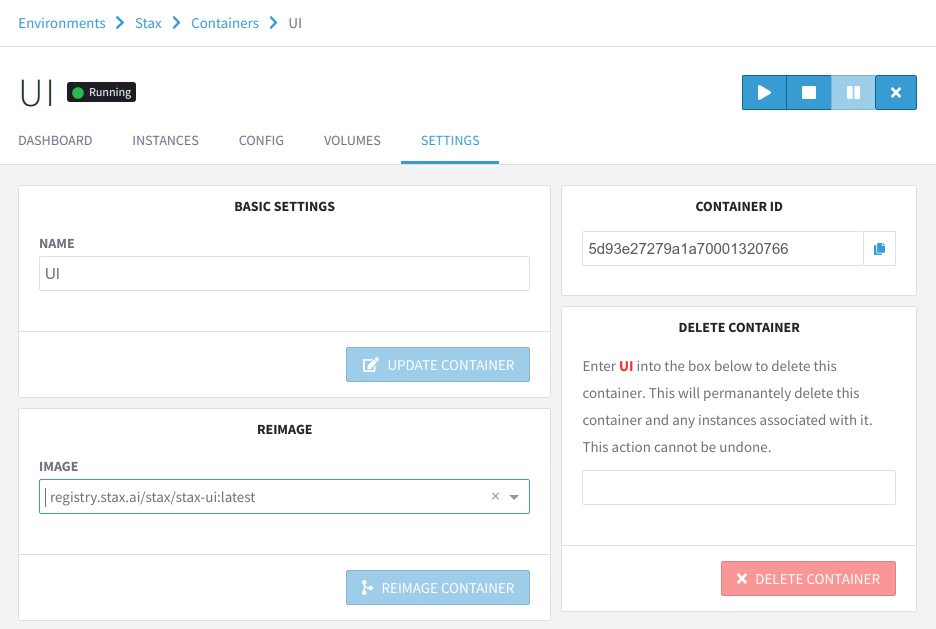 While re-imaging, the container will be out of service — so if you’re updating or re-imaging a production container, make sure it’s at a time that doesn’t affect operations. We generally schedule updates for 1 AM and generally only on weekends. If there is an urgent fix required, we check with our clients and make sure they ramp down before we push.

Cycle’s interface already does a good job of making it straightforward but we developers are lazy. We’d like to save every second possible, so we can focus on what matters (and what’s fun!).

Cycle has a very powerful API — and it’s the same API that their portal uses. Their API is accessible via HTTP requests or an npm library — @cycleplatform/cycle-api.

We put together a quick NodeJS project that automates the re-imaging process. In Cycle, when an image build is requested, it creates a job that runs in the background. We have a function to build the requested images using the Images.build API endpoint which also queries the job status every second until it’s complete.

This is accomplished with the Jobs.getSingle endpoint. The function returns the a list of image identifiers that were built.

We also have another function that deploys a series of images. We keep a map of specific containers associated with each component (eg. stax-ui has only one container with multiple instanced, but stax-worker is deployed on a global pool, auxiliary pool, and dedicated pools for clients). For each container mapped to a component, the Containers.reimage API endpoint is used update the container images.

We have this project setup to build and deploy components triggered by command line arguments. For instance, if we want to build and re-image the UI and API, we would call:

To do that, the run.js script is setup as such:

In order to not have to deploy this on a designated container, we utilize Bitbucket’s CI/CD servers. The bitbucket-pipelines.yml file in the pipeline control project is set up to accept custom manually-triggered pipelines (triggered by the individual components’ staging/production pipelines) and call the script.

And that’s it! With a single git push (or merge), the sequence is initiated and your push gets deployed on live servers!

Aptus is a custom software (primarily AI) development services company. With the current state of cloud technology, we love using it to deploy powerful and horizontally scalable on-demand AI workers. This led us to learn the intricacies of cloud systems and deployment strategies. Let us know if you’d like help streamlining your deployment cycles using CI/CD pipelines, or if you need any help with your project at all.