The PrintOBot is one of our past projects that we developed for Roi Neustadt in Israel back in 2018. Originally, the target market for this robot was the hobbyist market. Roi wanted to offer this as open source hardware and software so that DIY tinkerers could buy the kit, put it together themselves, and install the software for their own projects.

Roi is raising funds from venture capitalists for a few different ideas regarding the PrintOBot. One is a smaller scale version of the robot as a toy; a second possibility is a floor printer that uses temporary ink for events and can then be scrubbed off easily. The last possibility, which is a big application for a printing robot, is for printing ads and signs. Currently, if you want to print a big sign, you need a very large plotter. The PrintOBot has the ability to drive, print, and then re-align itself allowing for large prints to be done so long as you have paper that is big enough. 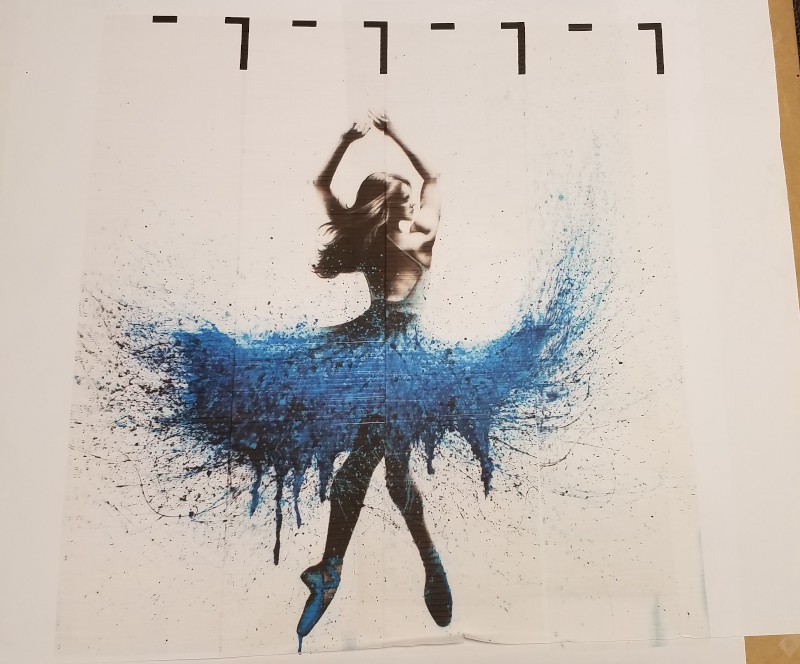 The PrintOBot has some unique aspects. One of them is the ability to lift itself off the ground and rotate its wheel axles so it can move forward and backward, as well as side to side. It does not have to turn itself around, it simply lifts itself, repositions its wheels, and sets itself back down. Another unique aspect is the its ability to re-align itself while it is printing. Take a look at the ballet dancer picture above, and the dinosaur picture below, and you’ll notice some black line marks at the top of the print. The PrintOBot has sensors on the underside that are used to detect these black lines and re-align itself next to the lines so it can print the next column. It can print as many columns as needed to finish the print job. A third unique feature is that it is completely wireless. In the video at the bottom of the page, we have a wire connected for debugging, but the robot does have a battery and is able to run fully wireless. 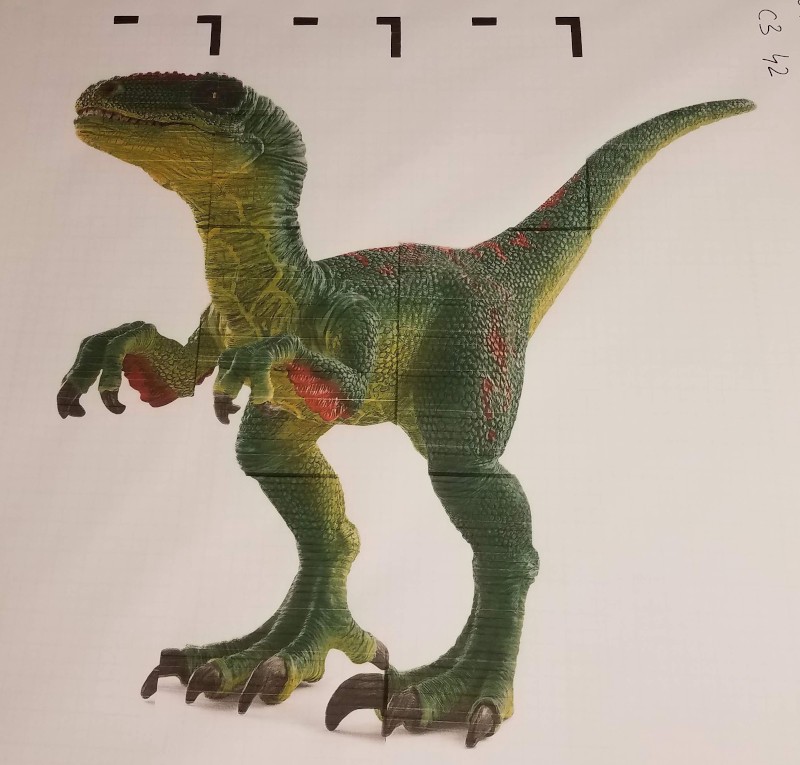 Roi had an initial concept that he wanted to realize, so Aptus designed the chassis, electronics, and the software that does the alignment and printing.

So how does it work?

The robot must be placed on the top left corner of the paper or surface to be printed on. You start with an image. Our scripts break it up into chunks (rows and columns) so that the robot can print it. The chunks are sent to the robot over Wi-Fi. The robot drives down while printing using the InkJet print head on board. When an entire column is printed, the robot moves back up and to the right. It uses infra-red sensors under the chassis to line up to print the next column. This process repeats until the entire image is printed.

Take a look at the video below to see the PrintOBot in action!

The Future of the PrintOBot

Aside from marketing PrintOBot, Roi is also working on a version that is attached to a drone that can print on walls. He is currently raising funds for that project right now! You can contact Roi via email for more information regarding the PrintOBot, PrintOBotFly, and the fund raising.

The PrintOBot is a great example of what we can do at Aptus. Yes, we are focusing more on software development and artificial intelligence systems, but we always try to make time for cool projects like this! We love what we do, and do what we love!